‘Carbon Capture and Storage: Choices and Consequences – Perspectives on a transition technology’

Carbon Capture and Storage (CCS) potentially has an important role to play in limiting climate change. Three out of four scenarios in IPCC’s report Global Warming of 1.5 °C need CCS to achieve the target. The Dutch Climate Agreement relies on CCS for the reduction of carbon emissions from industry, while addressing the lock-in risks at the same time.

There have been and still are serious concerns whether CCS can live up to this role. In an academic paper ‘Different this Time? The Prospects of CCS in the Netherlands in the 2020s’, scientists of Utrecht University analysed the history, status and prospects of CCS in the Netherlands (A summary of this paper can be found here). They conclude that CCS, in particular storage, is both a transition technology and a technology of last resort. Storage has significant potential to reduce emissions, but it is an end-of-pipe solution. Storage may have a role during a transition period; carbon capture and utilization (CCU) can have a long-term significance in a future, circular industry.

This makes for difficult choices, as evidenced by recent history. In this article, members of the Sustainable Industry Lab offer different perspectives on CCS, thus highlighting the choices that can be made and their consequences. 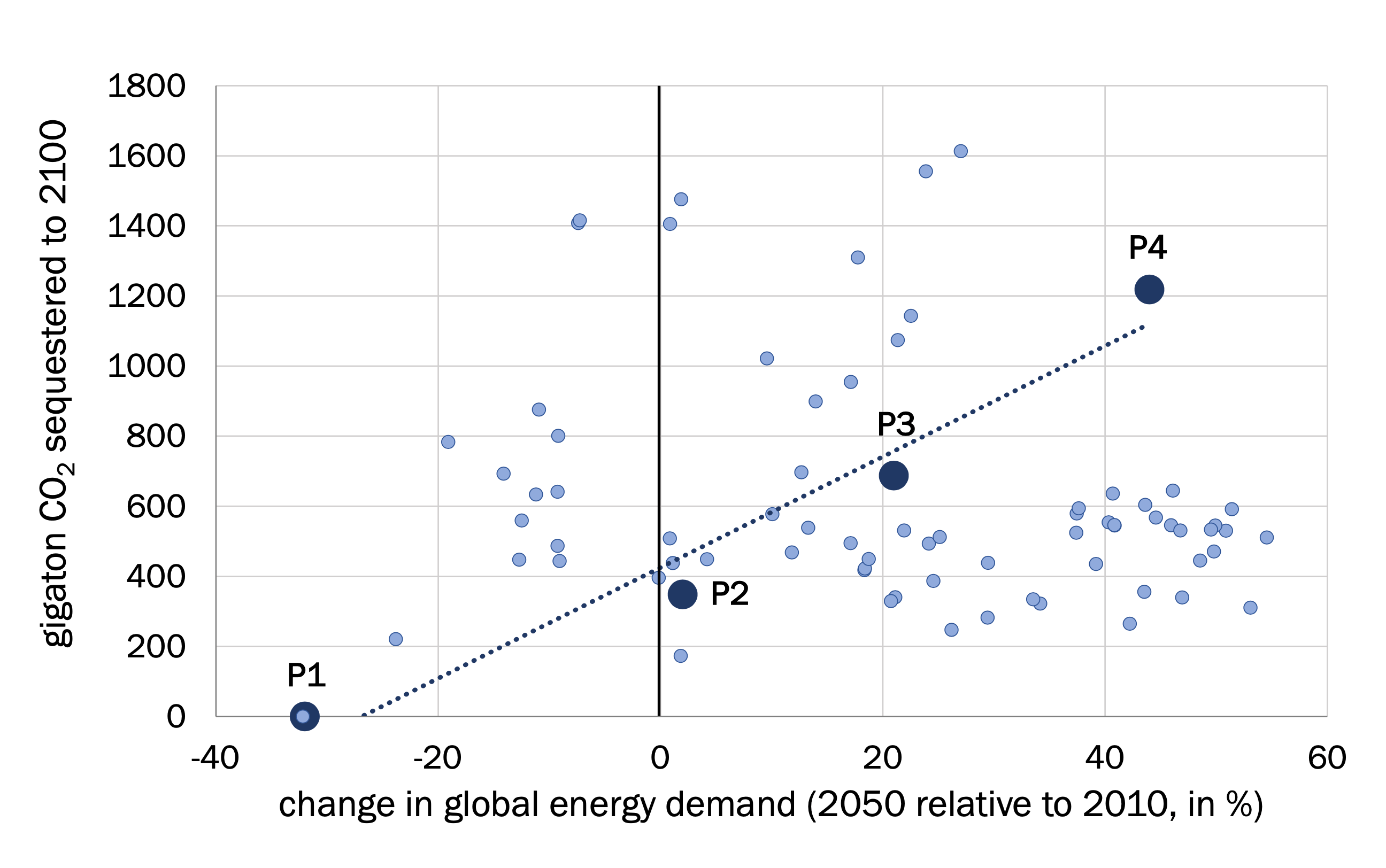 Figure 1. The trade-off that IPCC sees between the cumulative global CO2 storage requirement to 2100 and the mid-century energy demand in its four “illustrative model pathways” (P1...P4) to stay below 1.5 degree warming. The open circles show the full range with 74 additional 1.5-degree scenarios considered in the IPCC report. (IPCC SR 15)

CCS and world energy use: a global trade-off
In a 2017 survey of the status of CCS, The New Yorker observed that ‘although CCS has stalled in practice, it has become ever more essential on paper’. The recent 1.5-degree report of the IPCC confirms the essential role of CCS ‘on paper’. Depending on the global energy demand, CCS is needed to sequester 350 to 1200 gigaton of CO2 over the remaining of this century – this equals 9 to 30 years of current global emissions. The four pathways in the IPCC report show an almost linear relation between energy demand and the level of CCS necessary (see Figure 1). The one pathway that does forgo CCS (P1) assumes a reduction in global energy demand by a third from 2010 levels by the middle of the century.

Energy efficiency, circularity and electrification will help to lower energy demand. But halving the global average per capita energy consumption in a world with a much larger global middle class puts very stretching demands on lifestyle change of that same middle class.

Taking a step back and looking at all 78 1.5 degree scenarios of the IPCC study throws a different light on CCS. Some scenarios combine a high global energy use with relative low levels of CCS. But no scenarios, except P1, has cumulative CO2 storage below 200 gigaton over the century. The storage requirement ranges from 200 to 1600 gigaton; over half of the scenarios set the value between 400 and 600 gigaton.

These scenarios are our best chance of understanding the trade-offs between the risks and benefits of all energy technologies. CCS has its particular set of concerns, such as additional energy use, capture rates and storage integrity. But so do all other technologies. This is why the extreme time pressure on decarbonisation points us strongly to scenarios in which no options are excluded.

“The Dutch Climate Agreement doesn't contain an overall vision of the scale and timeline of CCS needed. Rather, CCS in the Netherlands is discussed on a project-by-project basis.”

CCS: A Big Thing without a big decision?
The challenges to capture and sequester the volumes of CO2 implied by the IPCC scenarios are huge. A gigaton of dense-phase CO2 has a volume of roughly a cubic kilometre. This means that globally, hundreds to more than a thousand cubic kilometres CO2 will need to be processed over de remaining of this century. This is an operation on the scale of today's oil and gas industry.

If CCS is only meaningful if it develops into A Big Thing, aren't big decisions required? In many countries, CCS decision making has wavered for more than two decades. But some countries, such as Australia, do indeed include CCS in their net-zero plans. Saudi Arabia is working on low-carbon oil, where carbon is taken back and sequestered. In the Netherlands, the Climate Agreement leans heavily on the sequestration of multiple megatons per year. But the support for CCS in the Netherlands – as elsewhere – seems fragile, and the Agreement comes with caps and time-bound conditions on subsidies to mitigate lock-in risks.

The Dutch Climate Agreement doesn't contain an overall vision of the scale and timeline of CCS needed. Rather, CCS in the Netherlands is discussed on a project-by-project basis. In the latest Dutch SDE++ subsidy round, eleven CCS projects applied for subsidy. Together these would capture and store 4.7 megaton annually1. Project by project, CCS is emerging as a significant mitigation option, even if there is not an agreed long-term vision. This pragmatic approach differs from the national commitment to long-term growth and expansion of offshore wind in the North Sea. But offshore wind, unlike CCS, is neither a transition technology, nor one of last resort. CCS, by its very nature must rely on pragmatic project-by-project decisions, justified by their specific merits at the time of decision. How then, should these merits be framed?

CCS Projects: Lowest cost or transition value?
CCS is an end-of-pipe solution, but it should not be an end-of-story solution. It shouldn't lead to a lock-in into fossil fuels. Rather CCS should help the transition. It should be clear how a CCS project is a necessary steppingstone towards a more fully renewable operation.

This was never the case with post-combustion capture of coal-fired power plants. CCS would only lock the sector into the use of coal. Speed of deployment was the main selling point for CCS, but this proposition grew weaker year by year when solar and wind power saw spectacular growth.

CCS in industry has more ‘transition value’. The Dutch chemical industry processes some 10 megatons of carbon each year to produce solvents, polymers and other hydrocarbons that will remain essential in the decades to come. Carbon needs to be captured in order to close material loops in this industry. Today, captured carbon can only be stored. But carbon capture paves the way for utilisation later (CCU, see below).

Many proposed CCS project in the Netherlands concern ‘blue hydrogen’, that is, fossil- based hydrogen production with CCS. Dutch industry uses more than 800 kiloton of hydrogen, responsible for 13 megaton of CO2 emissions2. Hydrogen is used as a reactant in industry, notably in ammonia (for fertilizer) and chemicals production. As the energy transition progresses, hydrogen will be called upon as a carbon-free fuel for industry, for transport and possibly heating.

Blue hydrogen projects can quickly reduce the emission of existing operations. They also pave the way for hydrogen as a widely used energy carrier. It will still take more than a decade before there is a surplus of renewable power to produce ‘green’ hydrogen directly by electrolysis of water. In the meantime, CCS may help to build a hydrogen infrastructure. Blue hydrogen, produced with CCS, is required to scale up now. Green hydrogen may provide future growth and true sustainability3.

“New carbon conversion options will over time mesh in with those of today and gradually replace them. Carbon capture will be essential in a circular industry in order to keep emissions to a minimum.”

CCS, CCU, BECCS, DAC and ‘Circular Carbon’: not really a choice
Fossil feedstocks will gradually be replaced in industry by alternative carbon sources, specifically biomass, waste and CO2. Concurrently, industrial carbon-based production will shift from fuels to chemicals. New carbon conversion options will over time mesh in with those of today and gradually replace them. Carbon capture will be essential in a circular industry in order to keep emissions to a minimum.

From a climate change perspective all CO2 is identical, irrespective of its origin. That is why carbon storage, carbon utilization (CCU), bioenergy capture and storage (BECCS), direct capture of CO2 from air (DAC), along with recycling of carbon-containing waste will become part of a suite of technologies, which all serve to keep emissions to a minimum. The mix of options will change over time as the needs and opportunities change. Fortunately, the technologies in this suite have much in common. Much of the investments that are made for CCS projects today – notably for carbon capture and carbon infrastructure – will have lasting utility and relevance.

Governing CCS
In September 2021 the Dutch government announced that it would award additional subsidy to CSS projects, above the ceiling that was agreed earlier in the Dutch Climate Agreement. In the same week a large CCS plan, Athos, was cancelled as Tata Steel changed its vision on the future of iron production4. This shows how pressured and volatile decision making is. Good, stable governance cannot eliminate this, but it must strive to take away non-technical risks by having clear guiding principles. These have yet to be formulated.

The Dutch SDE++ subsidy scheme is conducive to CCS projects as it rewards cost- effectiveness in abatement technologies, irrespective of whether it is a transition technology or not. This is in line with the useful project-by-project pragmatism discussed above. CCS projects are often cheaper than other technologies, giving them better chances to be subsidized. This risks postponing renewable projects, which would violate the principle that CCS should not delay the transition to a renewable energy system.

The Dutch Climate Agreement puts a hard stop on CCS subsidies after 2035. This makes clear that governance of CCS must be timebound. It is the nature of a transition measure that we must think about ending it, even when we are just starting it. If CCS subsidy comes to an end, CCS activity may well continue unsubsidized thereafter.

It would be helpful if the government would formulate a framework for the transition towards a sustainable industry. The role of CCS after 2035, and the merit of individual CCS projects, can only be assessed with a more complete perspective on the industry transition than presently available. The Sustainable Industry Lab was set up to aid with this. The ideas laid out in this paper offer some initial ideas about CCS in industry. Other aspects of the transition are covered in our ongoing work.

“Over the next five years, Sustainable Industry Lab will work on academic and policy papers, informing society and policy makers on the consequences of certain choices.”

About this perspective and the Sustainable Industry Lab
The Sustainable Industry Lab (SIL) distils important choices and their consequences of the industrial sustainable transformation between 2020 and 2050. By means of synthesizing academic and expert knowledge, SIL aims to improve the quality of the societal and political debate to reach a carbon-neutral Dutch industry by 2050. Over the next five years, SIL will work on academic and policy papers, informing society and policy makers on the consequences of certain choices. This perspective is the first in a series.

Bram Vermeer assisted in the editing of this text.
* contributors affiliated with SIL. 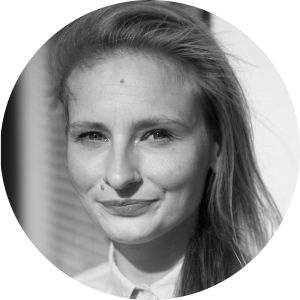 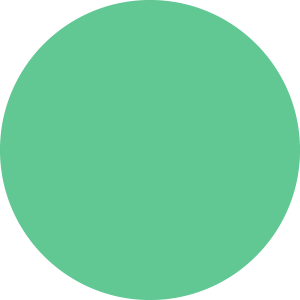 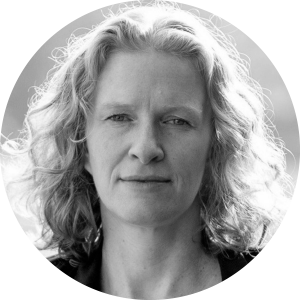 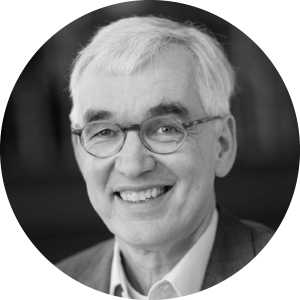 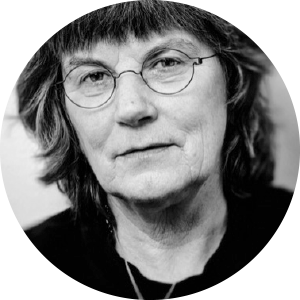 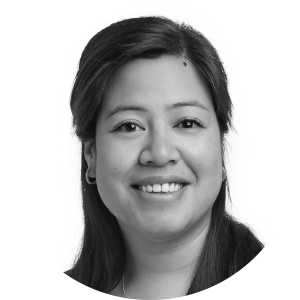