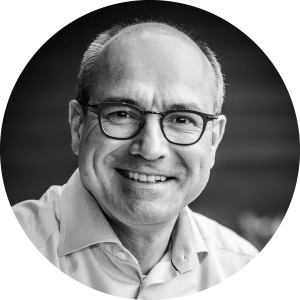 Bert Weckhuysen is Distinguished University Professor Catalysis, Energy and Sustainability at Utrecht University. For years, his group has been trying to build a powerful camera to record what happens in a working catalytic solid. The long-term aim of this research is to bring this technology to a level that enables imaging catalysis at macro, meso and micro scales, from the reactor down to interactions between single atoms and molecules.

He currently directs two national research programs, namely a Gravitation research program on Multiscale Catalytic Energy Conversions (MCEC) funded by the Dutch government as well as the Advanced Research Center Chemical Building Blocks Consortium (ARC CBBC) with a joint investment by government, businesses and universities. He was (one of) the main initiator(s) of these large research program initiatives. He also directs the European initiative, SUNERGY, to foster the science and technology to produce fossil-free fuels and chemicals to create a circular society.

“My research is a passion-driven journey to understand nature better and rationally design catalysis for a more sustainable society.”